Prof. Jane Rickson, Professor in Soil Erosion and Conservation at the Soil and Agrifood Institute of Cranfield University has been awarded the Andrew Medal by the The Society of Chemical Industry (SCI). 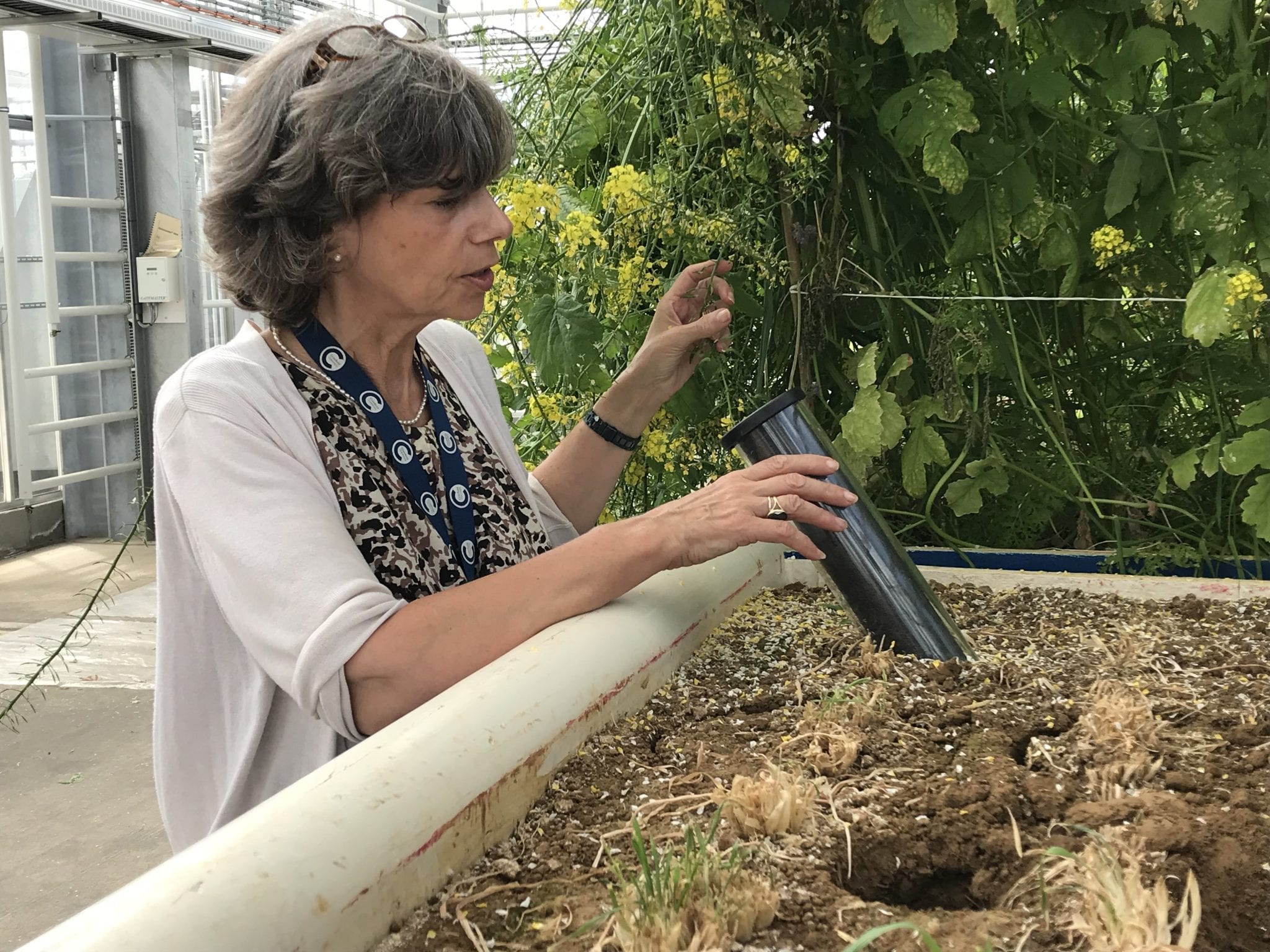 The medal, named after chemical engineer and long-time SCI member Dr Sydney Andrew, is presented every third year “to support areas of science which, though of importance in agriculture and the chemical industry, receive scant attention from academic research”.

Historically soils have not been valued, but their importance is being increasingly recognised. Prof. Rickson received the award for not only for her scientific expertise but also for her ability to communicate with the public and farmers, helping them to understand the vital nature of her work. This was amply demonstrated by her Andrew Medal Memorial Lecture 2021 – Soil resources in the UK: overlooked and undervalued? – in which she stated: “As well as the production of food, fibre, fodder and bio (fuel), soils regulate our water supplies and mitigate climate change through carbon sequestration and storage. We know that healthy soils can support vegetation and crops in taking out atmospheric carbon dioxide. Soils also provide habitats for biodiversity and make important contributions to our cultural life.

“Most countries throughout the world have agreed that to make the world a better place, we should be working towards the UN’s Sustainable Development Goals. I would argue that soil is related to most, if not all of those goals.”

She enumerated varied threats to soil and their functions, including increasing pressure on finite soil/land resources and the alarming rate of soil degradation, which is happening globally at a rate of 12 million hectares every year.

Research by Prof. Rickson and her team at Cranfield has quantified the rates of soil erosion in the UK at up to 15 tonnes per hectare per annum (Owens et al., 2006) compared to a soil formation rate of about 1 tonne per hectare per annum. They predicted future scenarios (2050) of total soil loss by erosion using a 1980 baseline, concluding that some soils could disappear completely. They have also estimated the costs of soil degradation at £1.5 billion per year. (Graves et al., 2011).

But it is not all bad news: Prof. Rickson gave an overview of efforts that are being made in soil restoration, conservation and regeneration, and showed how the work at Cranfield has contributed towards this end.

The team at Cranfield has demonstrated the effect of reduced tillage and the use of soil amendments to improve soil health, observing on positive changes on earthworm population, reduced run-off and reduced water losses, and increase in soil organic carbon.

Prof. Rickson summed up by highlighting not only the risk of damaging the soil to a point that it could be irreversible but also, the role that soil management can play in controlling degradation and, improving productivity and the state of soil. The ultimate goal is to produce economically, socially, and environmentally acceptable food and for this to be attainable, sustainable farming practices and soil conservation practices need to be economically viable for farmers.

SCI works across crucial sectors as diverse as food and bio-renewables, water, environment, energy, materials and manufacturing, and health and wellbeing.

CHAP’s Soil Health Facility at Cranfield is playing an important part in the work to maintain and protect soils. For more information, read our case study on Using Roots to Bioengineer Soils. To find out more about Prof Rickson, take a look at our Conversation piece.

If you have any questions about CHAP or are interested in working with us on a specific project, then please send us an email using the enquiries form at the bottom of our homepage.