Chris Delf, CHAP Business Development Manager, tuned in to the speeches at the NFU Annual General Meeting at the end of February. Here he gives his thoughts on the event. 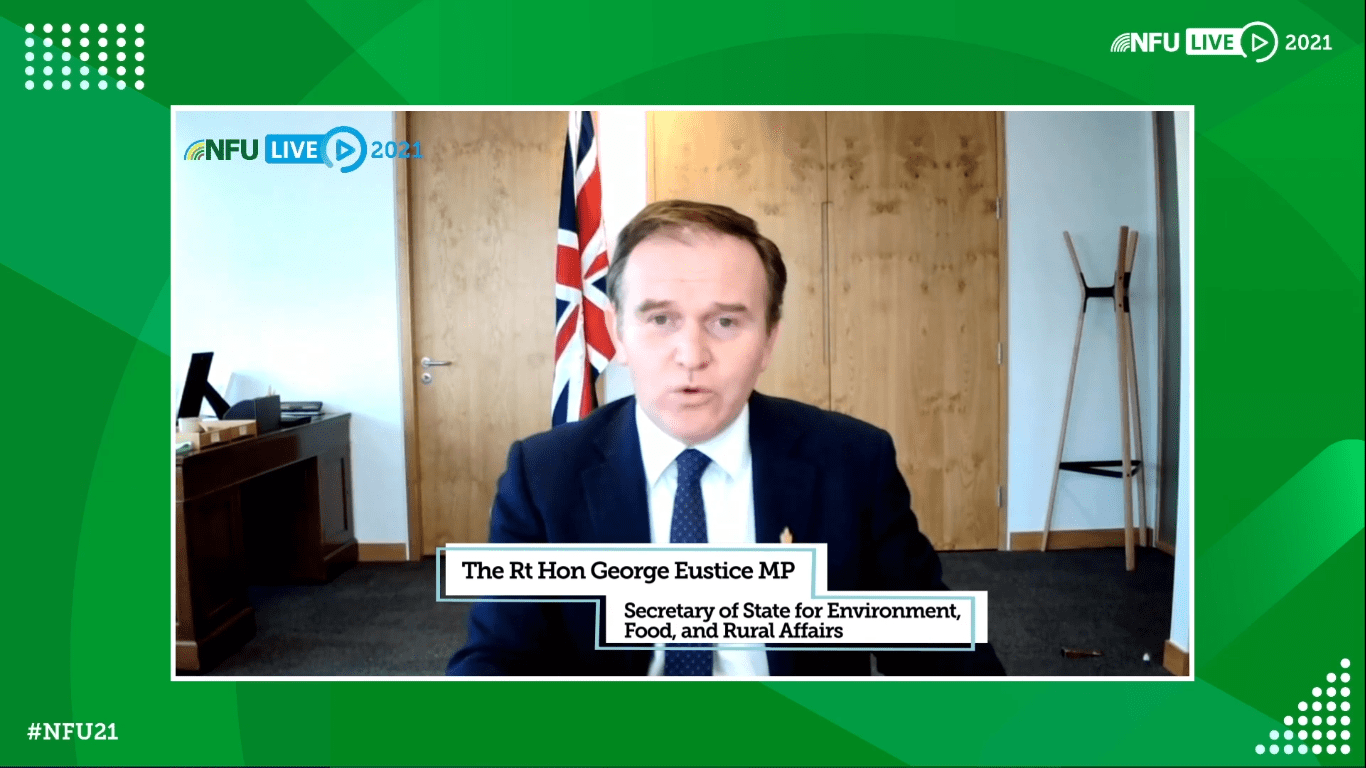 The Annual General Meeting of the National Farmers Union is usually the place for the main political parties to set out their policies that will affect food production, farming productivity and many other rural issues. For obvious reasons, this year’s conference was going to be different and in order to separate the speeches and the Union’s democratic processes for members, a new event, “NFU Live”, was created.

The event was introduced and chaired by NFU Chair Minnette Batters, who highlighted the challenge of doubling food production over the next decade to keep pace with population growth, while simultaneously meeting demands to protect the environment and deliver a healthy diet. Around 70% of the rural economy revolves around food production and it generates around £120 billion of economic activity.

Agriculture Minister, George Eustice thanked farmers and food producers for their efforts over the past year during the Covid pandemic. He re-stated government goals on climate change and environmental protection and introduced a sustainable farming pilot scheme, which would allow farmers to choose a level of sustainability that they could achieve and be rewarded according to that level of commitment.

Sir Keir Starmer, Opposition leader and head of the Labour Party, highlighted some “agriculture heroes”, including one farmer who had given a plot of land to his village for use as allotments. He said that since the UK had left the EU, support for agriculture had become the responsibility of the UK government and that the CAP had not been ideal either for UK farmers or the environment. He said there should be more emphasis on skills training to provide the skilled workers needed in modern farming.

Brexit and its implications for trade also dominated the other contributions from Liz Truss, Secretary of State for International Trade and during the multi-speaker forum.

The Chair of the Trade and Agriculture Commission, Tim Smith reminded farmers that he viewed the process as delivering good for the consumer. He said he was not in favour of reducing the quality of food products and would aim to protect consumer confidence in production methods. The Commission is currently gathering evidence to advise the government on ways of improving agricultural productivity, food supply security and dietary quality in the future.

It was an interesting few hours and for a broader audience beyond NFU members, the event is worth viewing to learn about some of the current hot topics for agriculture and food production.

To watch the key speeches go to the NFU Website.