CHAP’s Scientific Support Coordinator Dr Alex McCormack attended the EI Innovate 2020 event, hosted by the Earlham Institute. Day 1 explored their work in disease monitoring, detection and diagnosis, demonstrating how tools from the medical sector could also be useful to Agriculture. 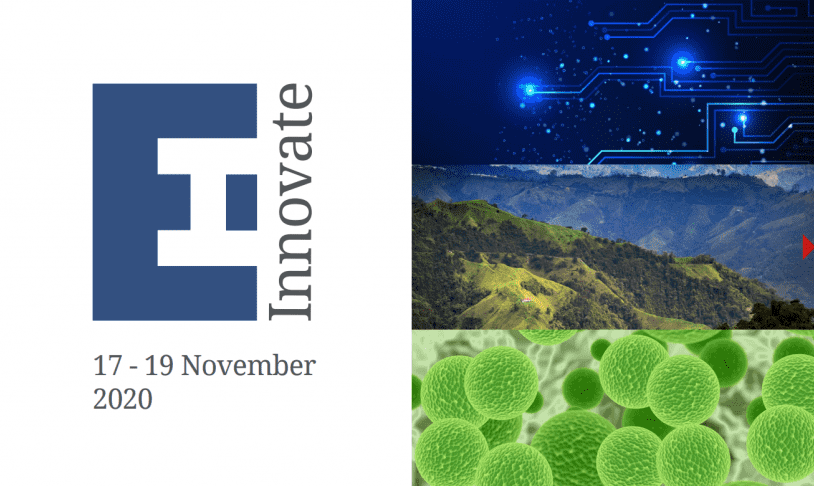 Richard began by discussing the use of nanopore technology, a new generation of DNA sequencers which read longer pieces of DNA than previously possible. Developed by Oxford Nanopore, the MinION platform is a fully portable device which can be taken into the field, with Richard’s team using this onboard the British Antarctic Survey and during a recent field trip to Iceland, where samples were sequenced on site using a laptop. This portability and lower costs compared to other platforms means that sequencing is truly becoming more accessible in multiple areas. In hospitals he demonstrated how his team developed a workflow and analysis platform (known as NanoOk RT) to help reduce the time for initial diagnosis of Necrotic EnteroColitis (NEC) in premature babies from 48 hrs to 4/5 hours, with individual antimicrobial resistance (AMR) genes being detected after 6 hours; allowing for a more precise treatment.

Next he discussed how this technology could be translated into agriculture. The Air-Seq project, in collaboration with Matt Clark at the Natural History Museum, examined the use of nanopore sequencing techniques to detect plant disease spores in the air. Located next to trial plots of wheat and barley, this tool identified spores of key diseases such as yellow rust (Puccinia striiformis) and barley powdery mildew (Blumeria graminis f. sp. Hordei), with good correlation to disease development in the nearby crop. This project is now being built upon with the help of Kromek Plc and a PhD studentship funded by DARPA, but he hopes to develop an autonomous early detection network across the UK.

During the breakout sessions Richard, discussed the Air-Seq project, and our own Alex McCormack presented an overview of the current and future diagnostic landscape within UK agriculture. Attendees then discussed the merits of spore sampling technology in tackling plant diseases in agriculture, but also if this could be used to identify fungicide resistance genes. Practical considerations such as cost, sensor accuracy and node density were covered, with key diseases such as Zymoseptoria tritici in wheat being identified as potential areas to pursue and validate further.

The second talk by Mark, highlighted the interconnectivity between EI, UEA and the Norwich Research Park, and their joint efforts during the recent COVID-19 pandemic.