A research programme managed by scientists at CHAP partner NIAB has caught a damaging invasive crop pest in the UK for the first time. 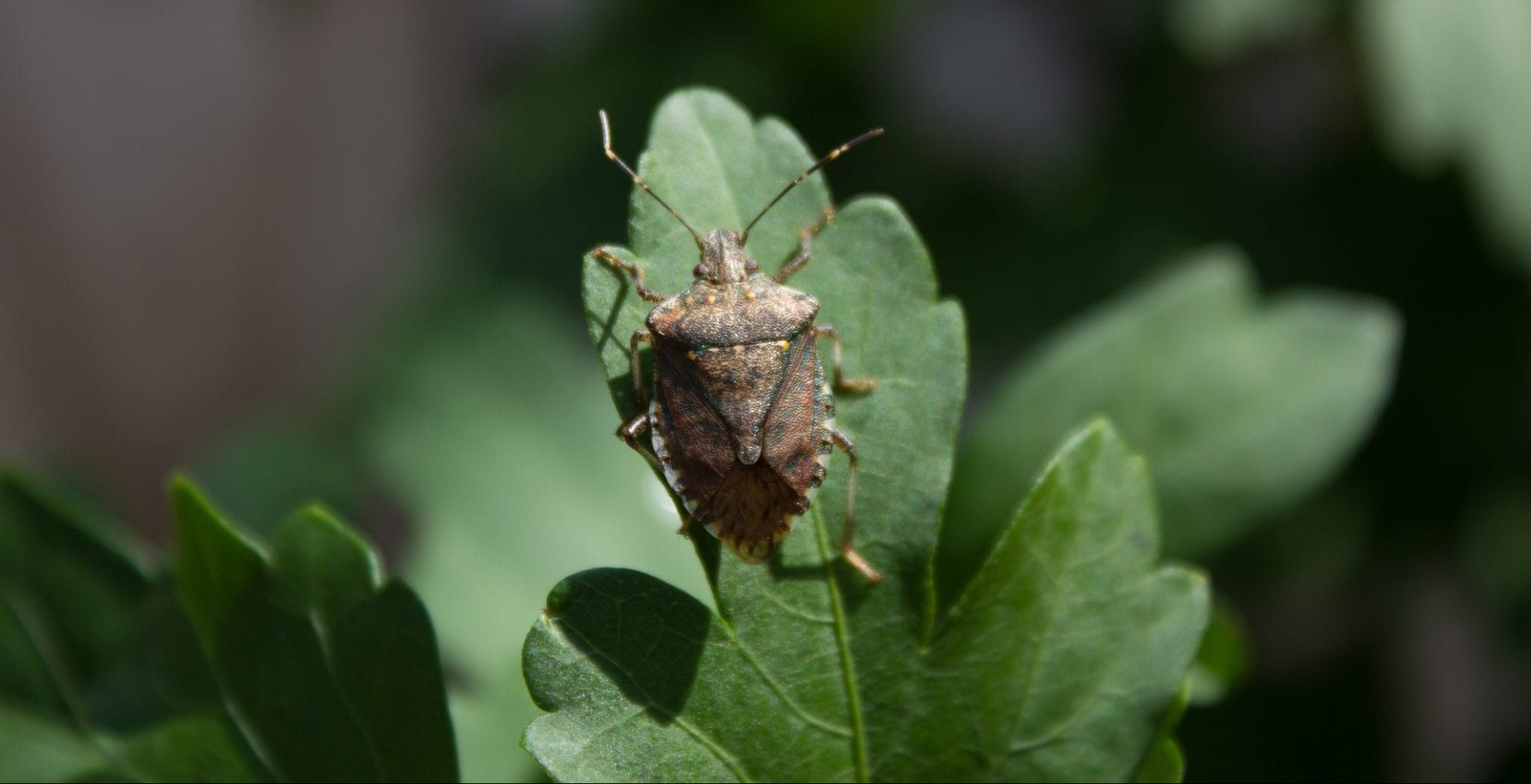 The invasive Brown Marmorated Stink Bug (BMSB), a type of shield bug, decimates crops of apples, pears and soft fruit around the world.

It was caught at Rainham Marshes RSPB nature reserve in Essex using a pheromone trap.

The research programme, using a network of synthetically-produced sex pheromone lures hung from trees, is being managed by scientists at NIAB EMR, the horticultural research institute based at East Malling in Kent.

Dr Glen Powell, Entomologist at NIAB EMR, said: “This discovery of this flying adult of the species shows that the pest is present in the UK, and supports our concerns that the bugs may be actively dispersing in search of mates and food plants this summer and in the future.”

NIAB scientists are now seeking signs of a colony, to find out if the species has been breeding ahead of over-wintering. If this is the case, it could be seen in greater numbers next year, increasing its potential to damage UK crops.

This research, funded by DEFRA, could help avoid millions of pounds of economic damage to valuable fruit crops. A network of 19 pheromone traps has been set up across the South East, with the traps designed to specifically attract this bug. The aim is to detect and monitor BMSB as early as possible, to ensure that fruit growers can be kept fully informed. This would be followed by research and development of robust, sustainable control strategies.

Originally from Asia, it is now well established in North America and across most of Europe, although the UK has been spared up to now. BMSB attacks a wide variety of plants and its arrival here could damage many plants found in horticulture and domestic gardens, not least our valuable fruit crops.

The pest has a habit of hitchhiking with imported goods, and has been intercepted on several occasions at UK ports over the last 10 years, but has only been reported in the field more recently, with two over-wintering adults found at separate locations in Hampshire during 2018 and last year.

The adults of this new invasive pest are very similar in appearance to some native shield bug species, making it difficult to differentiate between them. However, BMSB has a distinctly rectangular head and unique patterns of pale patches on the antennae and across the body.

Anyone suspecting they have found a Brown Marmorated Stink Bug should contact Dr Powell via BMSB@emr.ac.uk – attaching a photograph of the insect.