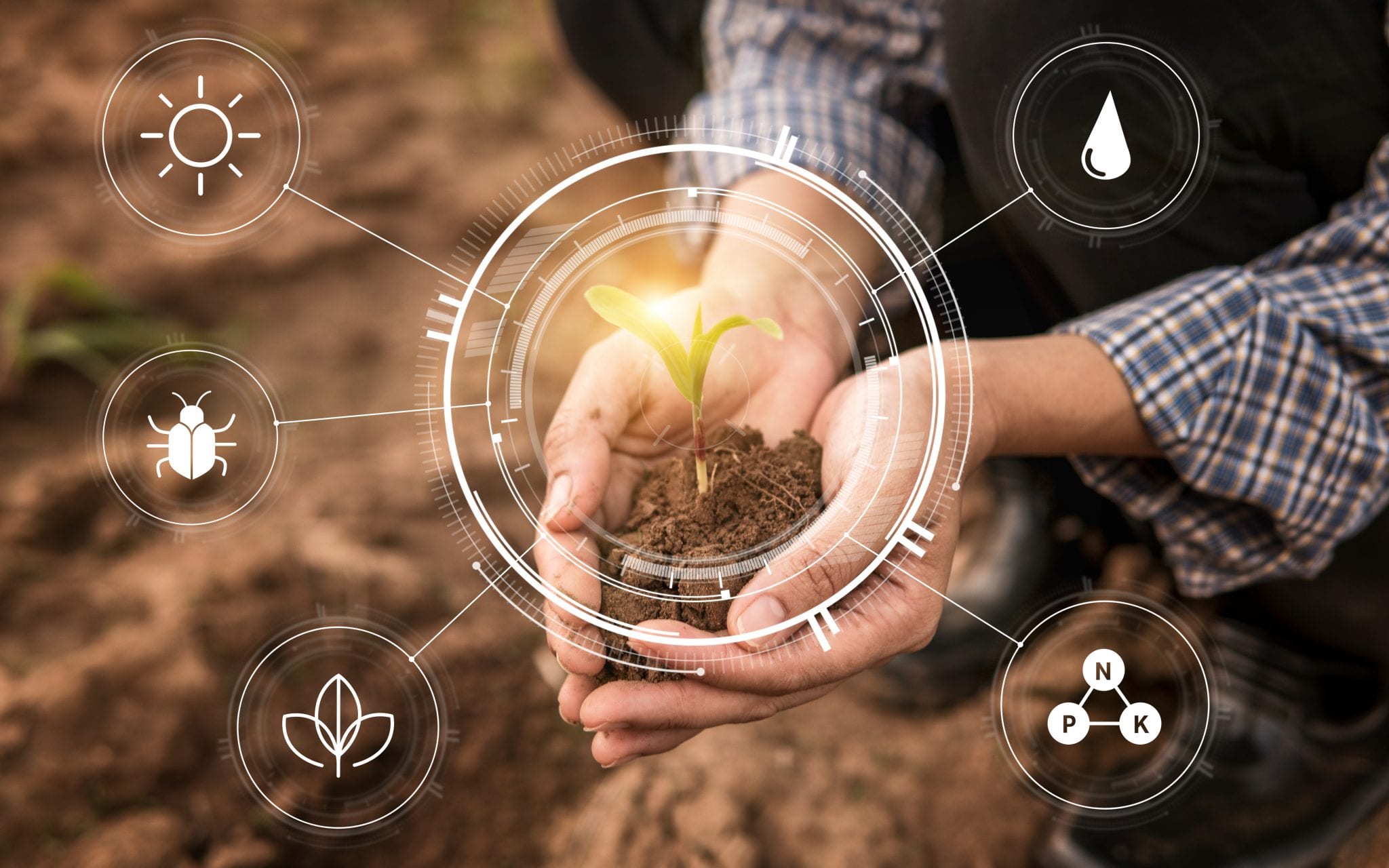 Dr William Pelton is the CEO of CHAP member Phytoform Labs. Here he considers the central role of precision technologies in the green revolution and sustainable agriculture

The green revolution was ushered in by new chemistry, mechanisation and advances in plant breeding. The results were miraculous gains in crop yields around the globe, but at what cost?

The increased reliance on petroleum-based inputs transformed the image of agriculture into one of the dirtiest industries in the world. At the same time, increased yields from plant breeding seems to have been achieved at the cost of lower levels of key nutrients in the food produced.

Now we are at the forefront of a new revolution guided by precision technologies with the potential to change agriculture into something more sustainable and beneficial to consumers.

I think the sheer range of “precision” technologies is particularly exciting: new robots capable of carefully guarding a specific type of crop all day and killing individual weeds with either targeted applications of herbicides or other methods such as thermal weeding; the next generation of pest and weed controls based on biological systems that deter or destroy pests and weeds in a very specific way; or changes to the microbiota of the plant roots so that nutrients are produced at the root and are more readily available.

These technologies have obvious positives such as using less heavy and fuel hungry vehicles and less inputs applied which all saves money and time (which famously is money).

Less obvious, but arguably more valuable outcomes, include the potential restoration of soil and wider ecosystem health. Our current inputs have radically changed our ecosystems, and particularly the soil biome, for the worse, resulting in a once-renewable resource becoming finite. The new wave of precision technologies has the ability to not just reverse this situation but to continue to improve farm ecosystems for the future. This aligns well with the regenerative farming model which recognises the value of that, so often overlooked, medium: soil. There are also further benefits to farmers in the form of new income streams from soil carbon sequestration and increasing soil health, both directly written into the new Agricultural Bill currently moving through Parliament.

With the incentives in place and precision farming technologies in development, how best can the solutions be implemented?

As with so much human ingenuity, collaboration would seem to be key. Many agricultural technology breakthroughs have not been down to a single technology, but occur through combinations of technologies.

As an example: originally glyphosate, the broad-spectrum herbicide, was used to clear fields of weeds before planting and as a pre-harvest application to ensure dry-down of crops. When a genetically engineered plant was developed that was resistant to glyphosate, weed issues were markedly reduced during the crops’ growth, and usage of glyphosate increased by 20x in the US and arguably improved productivity in the short term. This may be a controversial example but it demonstrates the power of combining two technologies, one chemistry based the other biology, to produce a far more powerful effect.

For the new wave of precision technologies to realise their potential, we will need to collaborate across multiple disciplines. New biological and chemical pesticides need the robots to ensure targeted applications that avoiding disrupting soils, robots need satellite and novel sensory data to understand the crops and where to apply inputs and farmers need new tools to analyse soil health to better understand what inputs and microbes to add.

The role of plants

For my part, I strongly believe that the component common to all agricultural supply chains, plants, are a key target for achieving precision farming. This is what drove me to found Phytoform Labs ltd alongside my co-founder Nicolas Kral. Plants are the centre of all the precision farming interactions, all signals integrate around them to provide the best yields possible. So how can plants contribute?

There are more obvious targets: creating plants that use less inputs and are better able to survive the extremes of climate. Less obvious are ideas around how the plants can assist other technologies. For instance, data for a number of biological pesticides have shown an increase potency when used in combination with plants that have boosted immune systems. Perhaps plants could be developed with their own unique visual signatures so that robots will find it easier to distinguish between weed and crop. As we continue to develop our understanding of soil health, monocultures look less and less promising. Could we adjust crops to allow their use in multi-species farming systems? We could change the architecture of plants so they would maintain spatial separation via different canopy heights.

By combining, plants, robots, sensors, the microbiome and new targeted inputs the dream of not just maintaining but improving soil health is in our grasp. Organisations such as CHAP, which act as nodes bringing together all these different people and their technologies, are pivotal in achieving this. The UK government could also be a driving force for the adoption of practices focused on precision farming and regenerative practices and the new Agricultural Bill has placed this squarely in the Government’s plan. The UK looks set to lead the new wave of agricultural technology, we just to need to remember to look further than our own fields and keep the objectives in sight.

Dr William Pelton is the CEO of CHAP member Phytoform Labs. He co-founded the company in 2017 with Nicolas Kral, whom he met while studying at Imperial College London. Phytoform is a next generation crop breeding platform tackling unsustainable agriculture and improving the nutrition of the crops we eat. It does this by discovering new and improved crop traits, using data science, and building them into a wide range of crops using its genome editing technology.