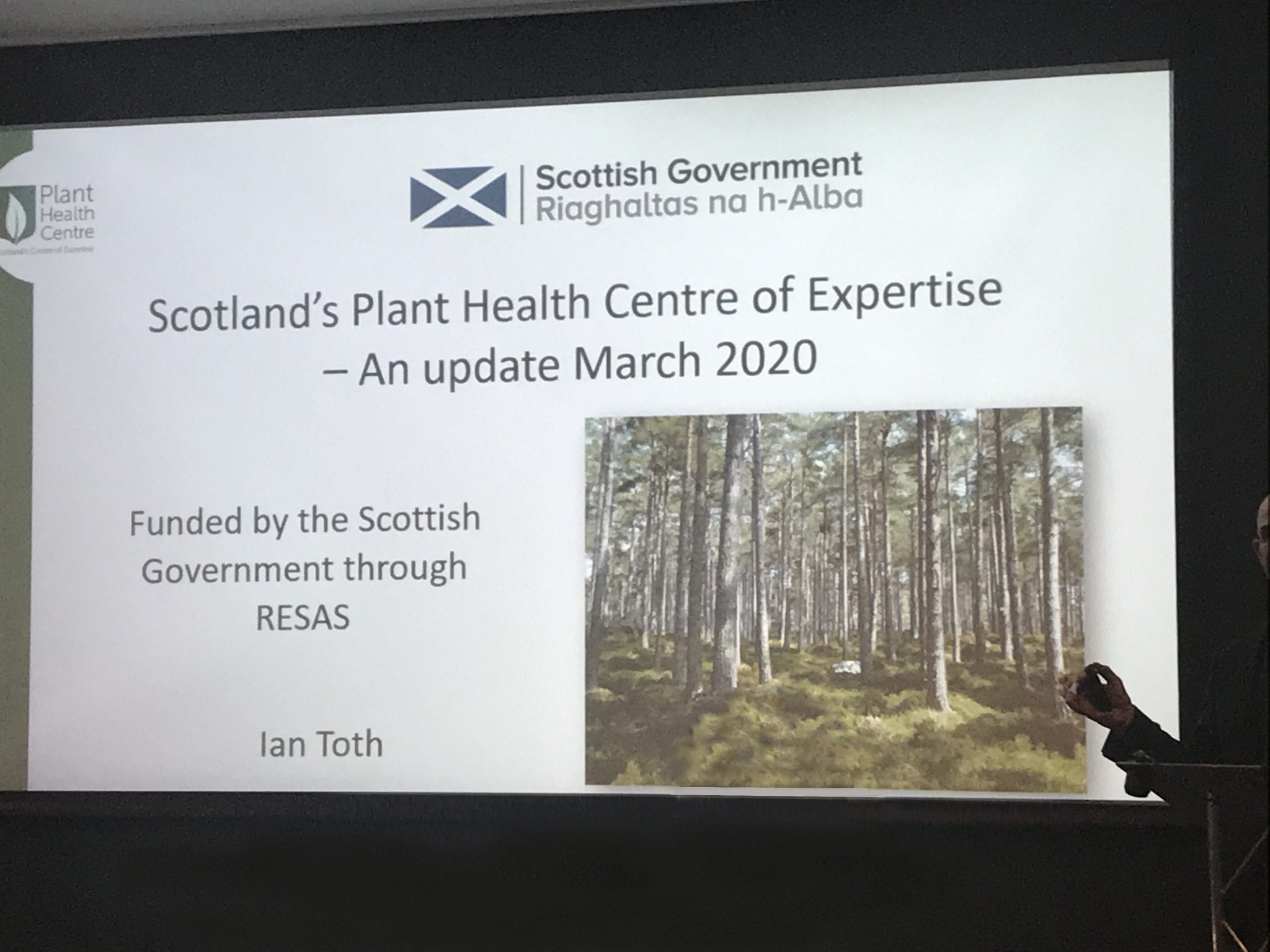 The event is hosted by the Scotland Plant Health Centre, which describes itself as ‘a virtual centre of expertise’ set up to consider plant health issues of particular importance to Scotland. The agenda and poster session highlighted areas such as forestry, illustrating how the Scottish economy differs from the rest of the UK.

There was a strong presence from the forestry sector, with researchers and Scottish Forestry being will represented. One of the problems that they highlighted was the threat to forest trees from pests on trees and shrubs imported for amenity horticulture, particularly for new housing and highway sites.

Construction companies which aim to do the right thing by planting trees, can unwittingly cause problems by buying plants from outlets with poor hygiene profiles. In addition to the pests that can be found on the trees and shrubs themselves, soils adhering to plant roots can also be a vector for transmitting soil pests and diseases.

Mariella Morzano, Senior Social Scientist at Forest Research spoke about her aim of mapping the network of import and distribution, with a view to informing decision makers of the need to follow good practice for plant biosecurity.

In the farming world, Claire Hodge, Senior Knowledge Exchange Manager (Scotland) – Arable at AHDB spoke about the role of Monitor Farms, focusing on biosecurity and how to avoid spreading soil-borne problems such as Potato Cyst Nematodes across fields and farms.

Scotland exports around 80,000 tonnes of seed potatoes every year, with 60 per cent going to Egypt. This export trade depends on growing crops on PCN free land. With the current rate of spread of PCN around fields and farms, the pest will be ubiquitous in as little as 10 years’ time, leading to a loss of the valuable export trade.

PCN and the problems of controlling aphids, which transmit several virus diseases affecting potatoes, are priority areas for research.

The event also introduced Chris also to a new plant disease – zebra chip disease in potatoes – carried by bacteria associated with an insect vector. The Plant Health Centre is aiming to track the insect vector to locate possible hot spots for the disease.