Earlier this month, AHDB Sutton Bridge hosted a small delegation from Haryana state in India. This was organised by the Department for International Trade. 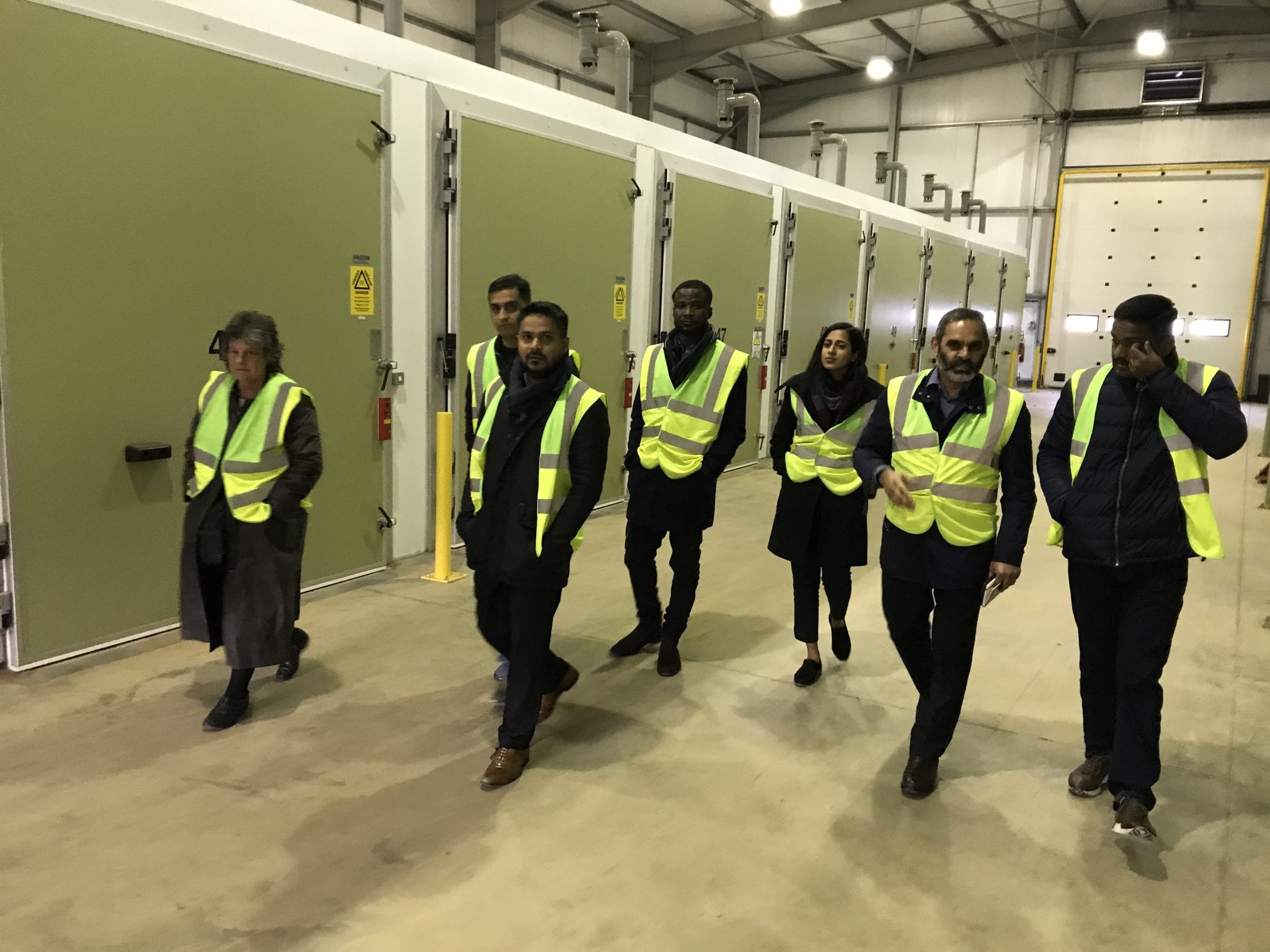 Haryana state has been selected by the Indian government to develop a centre of excellence for storage and packing potatoes and onions.

Located in the north of India, Haryana operates a market system where many small farmers bring produce to markets where it is purchased by traders or householders.

One of the government’s aims is to increase farmers’ incomes, and developing a modern food supply chain is key to that.

Reducing post-harvest losses is essential – in some cases up to 40% losses have been recorded.

The Indian officials explained that they stored potatoes in jute or hessian bags because they could identify the produce from individual farmers. While this was laudable, it did have the effect of  blocking much of the airflow that is essential to good long-term storage. They were very interested in the CHAP storage bays that showed how potatoes could be stored with minimal use of sprout suppressants. They saw trials on new products that will replace CIPC , on which they are just as  heavily reliant as European producers have been.

The second part of their visit was to a commercial packhouse adjacent to the AHDB buildings. The pack house is operated by Burgess Farm Produce Group and supplies some leading leading supermarkets.

We saw potatoes coming in to the system being warmed so that they are less susceptible to bruising during packing. They were then graded for size and washed or brushed, before being packed into retail packs.

An important part of the process was batch identification and tracking, with samples retained so that any problems such as post packing discoloration could be identified and dealt with.

The visitors were also shown onion and garlic packing and it was clear that onions were just as, if not more, interesting as a topic for some of the delegates, possibly due to the recent price rise for onions in the past few months.

Following the visit, there were enquiries about sourcing storage equipment and the “Hot boxes” used to identify harvesting damage.